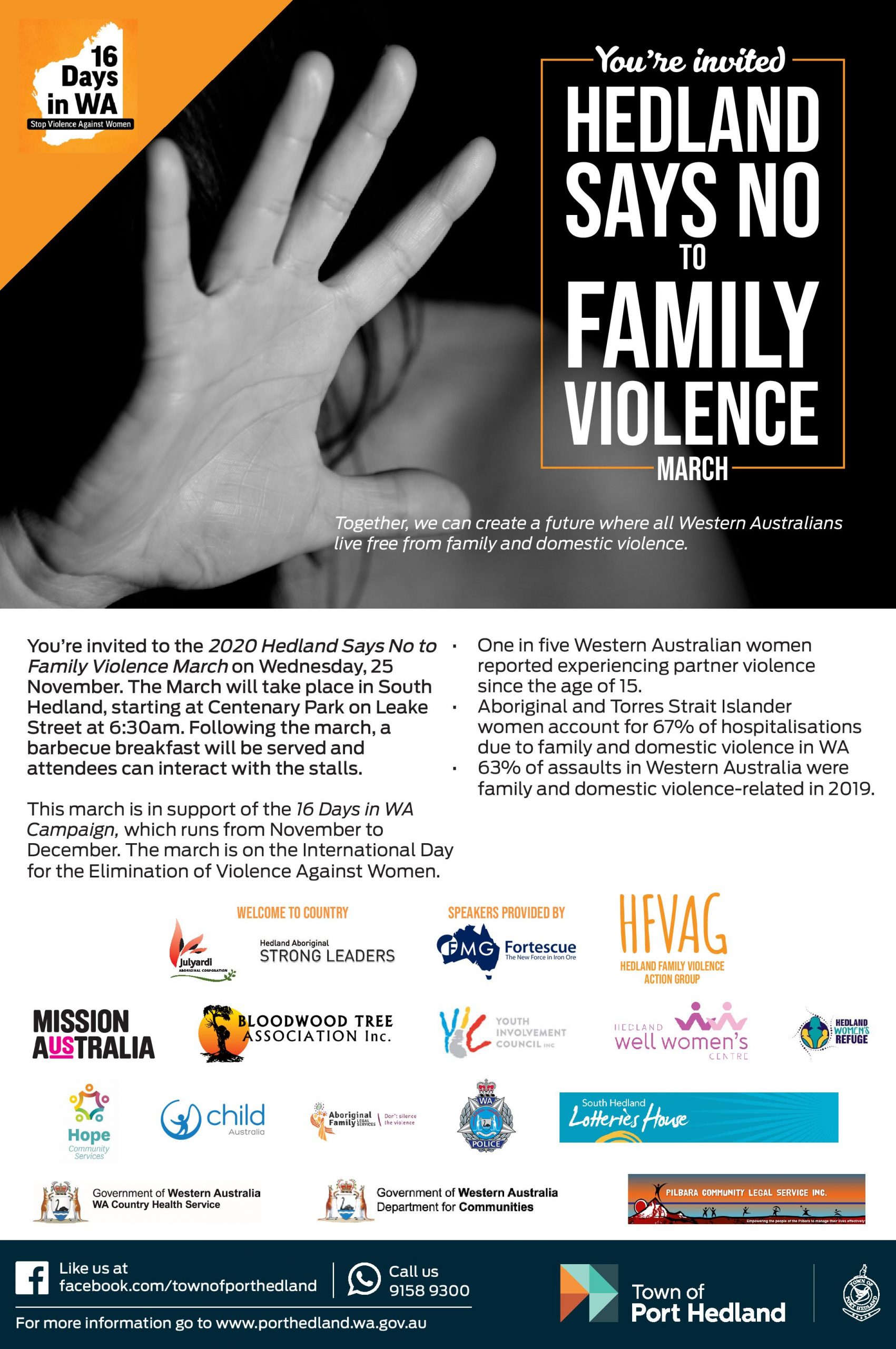 You’re invited to the 2020 Hedland Says No to Family Violence March on Wednesday, 25 November. The March will take place in South Hedland, starting at Centenary Park on Leake Street at 6:30am. Following the march, a barbecue breakfast will be served and attendees can interact with the stalls.
This march is in support of the 16 Days in WA Campaign, which runs from November to December. The march is on the International Day for the Elimination of Violence Against Women.

Thank you for your interest in volunteering for the Pink Pilbara Breakfast!

We will contact you in due course to discuss your enquiry.